We´ve been listening to some great stuff this month as well.

COLDNOSE – TRANCEMANIA Tape (Funeral Fog Records, 2016)
Well no surprise, I have been listening a lot to this while mixing and editing. Its a rare combination of improvised Electro-Techno-Acid with Industrial elements and Kurdish melodies.

POLÉ – BESOMBES-RIZET LP (Gonzai Records, 2015 (1975))
Best music Ive heard for a long time, been looking for some of there re-issues since this summer when I heard a track on Anthony Chalmers (Baba Yaga´s Hut) radio program. Since I bought it was the only record I spinned for two days, and thats really rarely for me. For fans of early Kraftwerk and Heldon!

YOKO ONO – GREENFIELD MORNING I PUSHED AN EMPTY BABY CARRIAGE ALL OVER THE CITY TRACK (APPLE, 1970)

I love Yoko and this track is amazing.

One of the strongest swedish album this year. Always been a fan of El Perro. This one is pop but with a twist. classical Asian and Middle Eastern instruments such as the Chinese stringed guzheng, the Japanese shakuhachi, and various other flutes and strings that fits her pop perfect.

Very trippy Canadian group whose use of electronics was years ahead of its time! These guys are neither proggy nor noisy – and instead use a range of keyboards and analogue synthesizers in wonderfully varied styles. Beauty!

Blends Afro-space grooves, cowbell and swirling organ with psych guitar and punchy horns. Party all over! 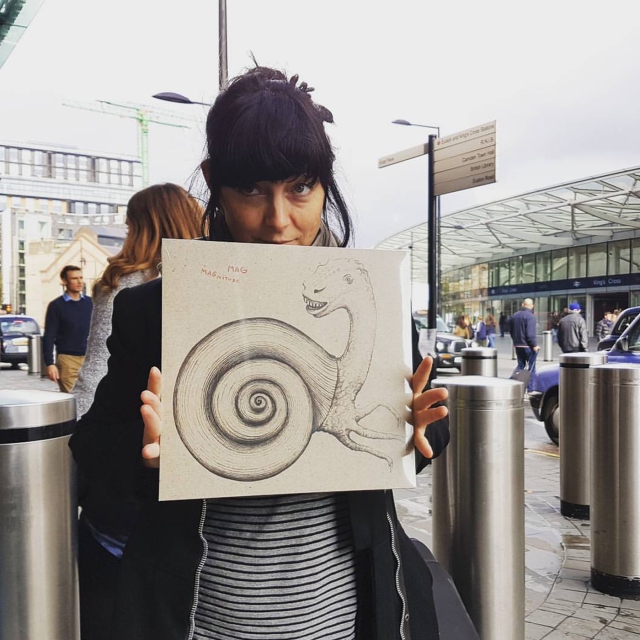 Just got the vinyl and compact disc from the factory so make your order right now.

If in France or U.K, do not miss her shows (click the poster). 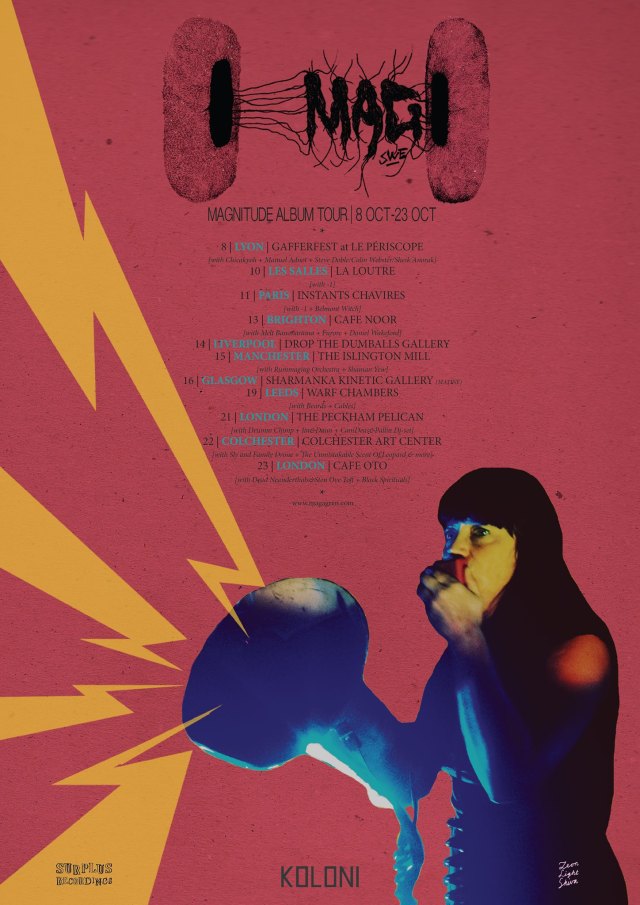 Once a month (hopefully) we share some music influences with you. That´s just the way we are. xx /zls

Heard this for the first time this week and got blown away. With some serious beat and synth dusty fingers style. Krautambient with a touch of funk! Got it?

Finally this one will be out from the closet. Some great postpunk (with focus on pop) with weird vocals and some fluffy synth. Amazing stuff. Recorded in the 80´s.

Music made in a temple full of Buchla. Just lay down and feel it.

Upcoming album from Petter Herbertsson (Testbild!). Just heard two songs until now but I know this will be one of this years highlights. Dark, orchestrated solipsist pop filmed in pseudoscope.

September had some bad times, so I needed some Bad Times! Jay Reatard spin off project that recorded one record and played live once, and u dont need more!

The first Perry album I bought is still my favourite, killer tracks as Jah, Lion, Camp, Ethiopia and the final ”ballad” Grumbling. Always play this album when flying, dont know why but it makes me relax.

Finally! It took about two years to get this out, and it was worth waiting. Proper 70´s flirt with Hard Rock, Psych and Spacerock.

Two 12″ EP from Gothenburgs finest that shakes up some summer vibe, tropical funk with a Swedish touch.

A couple of weeks ago 7 new cassettes saw it´s light.

They are all ace.

Get them all for 40 us dollars . Paypal maximal_arbetsinsats hotmail com

Get the whole catalogue digital for 14,70 us dollars 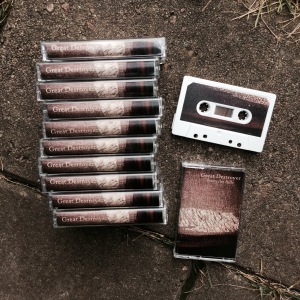 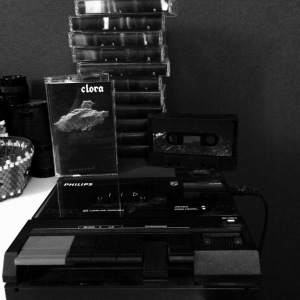 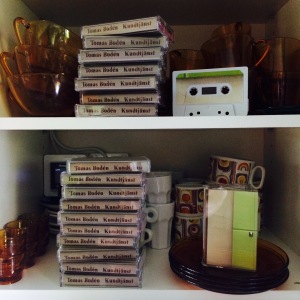 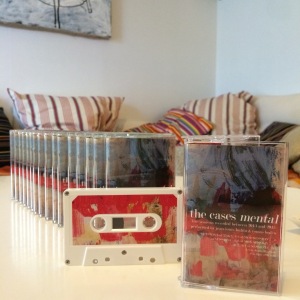 The monthly ”Under Heavy Rotation”, Joakim and Rickard from Zeon Light Skiva lists three to four things each they have enjoyed during the last month.

Six lovely cuts of smooth coastal house. You got the bag full of tracing muted melodies with fog, bass, glass, rhythm, and reverb. Sounds like it’s put the sun in a bottle.

”FREE AKTION play music with a message, addressing personal growth as well as social change. It is a message of universal love and solidarity, self compassion and true equality. It draws its inspiration from teachers such as Ram Dass and Paramahansa Yogananda, as well as the inherent spirituality of house and disco.”

Often I end up in the Swedish 80s. I grew up in the swedish industrial and synth scene and I often look back there. Right now it´s Green’s Restaurant that catches my ear. However, without being industry or synth you can hear strings of it. He gave out lots of tapes so out and search!

For being one of my best and probably most played album of all time I still dont own this gem on the black gold! But you actually need this one for the extra tracks on the second cd. I never get bored of this album, even if I played it everyday at a shit industrial labour work some 15 years ago I still dont have bad memories to it.

Have been working on the computer a lot which demands long electronic cds, this is a great one to work to.

Another piece of relaxing music for long hours in front of the computer, and I cant really get enough of using the sound of waves hitting the shore…

A new exhibition, curated by Mo’Wax and UNKLE founder, artist and musician James Lavelle. Loaded with music, art and movies from about 50 artists.

Psykonautdisko, that is how the band NATTEN describes their music, a combination of Psychedelia, Kraut and Disco with a dark and mysterious Swedish touch.

And for sure it´s some kinda of Disco with a steady drumbeat and throbbing bass lines.

On top of that layers of synthezisers and hypnotizing horns.

NATTEN means The Night in Swedish, and as the name refers to and esthetical the band is attracted to the dark realms of this world and the unknown places. Which is perfectly visualized in the two latest videos from Dolce Vita.

NATTEN are from Stockholm and have been around since 2010. The core of members is Robin Donaire, Beats & Electronics, Fredrik Adolfsson, Keyboards & Synthezisers, Jan Sydolf, Bass and Arvid Lärksäter on Trumpet & Saxophone. And for this record they have invited Wendy Akoth Kasera, Tove Rhodinder and Nadine Schjölin on vocals for some of the tracks.

Drömjournalen is a two-man collaboration housed by the legendary Studio Chanslös in Gårda, Gothenburg. Their mix of Magische Sachlichkeit and Dark Wave engages non-duality, mathematic ecology,

and ready-at-hand psychonautic machinery. Drömjournalen is the limbonic domain connecting the rationalist engineering paradigm with spiritual or magical esoterism.

Although Drömjournalen is designed to be a live outfit, studio postproduction is also a creative component in the Drömjournalen aesthetic ecology.

Jin Botani is one part of Jin&Daun. As Coldnose she shows her more fancy side. Dirty acid magic beats.

As becoming 4 years old we asked some of our friends to share a tune or two. So they did. 27 lovely songs free to download and make your own mixtape for your walkman.